So what is Tokusatsu Tonight? It's a movie night I've been hosting for friends that started back at the beginning of the pandemic in April 2020, and has been running for over 70 weeks and as many films at this point. It started with the idea to go thru the Showa Godzilla films, since I picked up that wonderful Criterion set. Then I decided to add the entire Toho line so we could see the broader work of the shared crews, and how they both informed and were informed by the development of said Godzilla series. Then I thew in Gamera. And Daimajin. And other odds and ends. And the entire Gamma franchise. And Yokai. And the whole thing just grew into a massive night of wonders, exploring films both familiar and obscure, mostly in chronological order, and somehow built around or peripheral to the original meaning of the word Tokusatsu: the "effects film". And while we're mostly sticking to Japan, we're taking little side trips around the world as those technicians spread their influence, and others started picking up on what they started.

This is the first post in a series that's already been running for a while. I'm not sure if I'll lever loop back and cover the films we've already watched, but you can see the full list on Letterboxd, and I'll make sure to fill in a bit of context if I ever reference back to anything.

JAPAN SINKS (1973)
aka TIDAL WAVE
aka THE SUBMERGENCE OF JAPAN 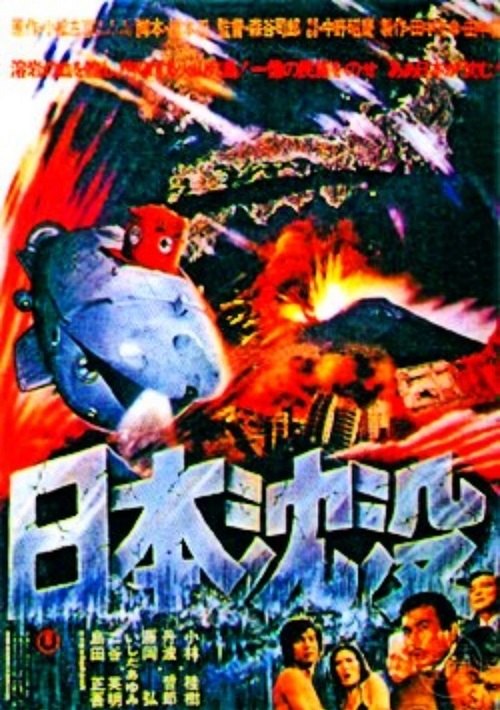